Necarne Castle is outside Irvinestown and once served as a military hospital during the Second World War for the RAF and the Americans.  The castle was requisitioned by the US and originally had 200 beds, but due to demand this had to increase to 500. It became known as the US 28th Station Hospital. The Americans used the hospital to recuperate and build strength for their upcoming campaigns against the Germans on the beaches of Normandy. The veterans remember the kindness of the locals and visitors can view a memorial in the grounds commemorating the presence of both American and RAF personnel.  A sole mortuary slab is the only relic from this period. 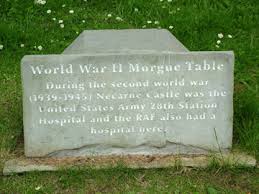 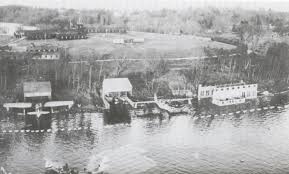