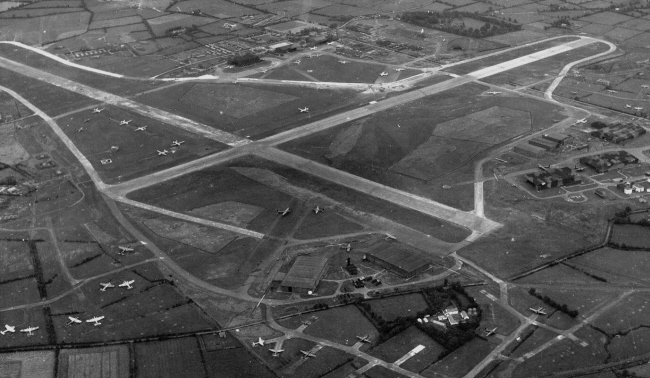 Aldergrove International Airport was a key RAF base in Northern Ireland during WW2. RAF Aldergrove first opened in 1918 but was not designated as an operational RAF station until 1925.

Aldergrove’s location made it an important station during the Second World War of RAF Coastal Command in the Battle of the Atlantic. From the base long range reconnaissance aircraft were able to patrol the Eastern Atlantic for U-Boats.