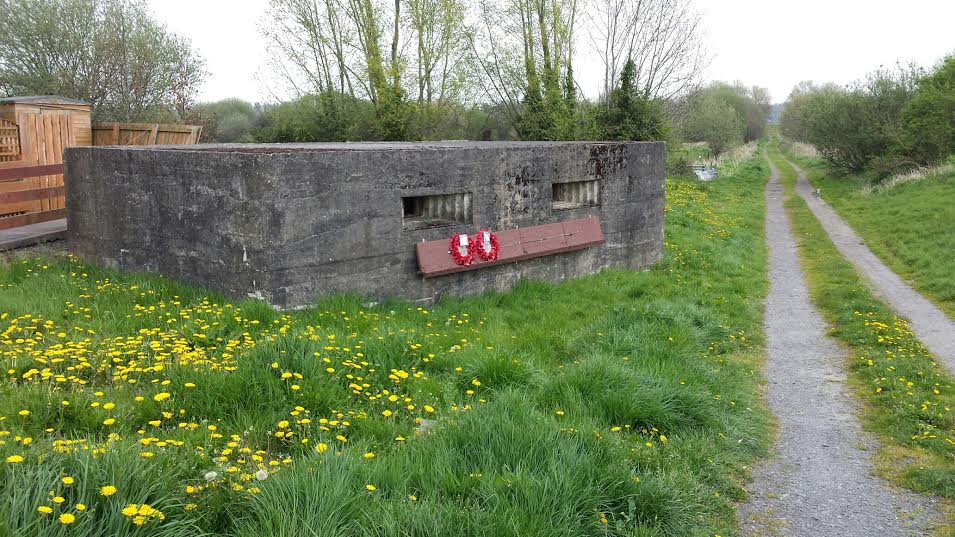 Just a 20 minute drive from Brownlow House you will find the Annagh Meadows Pillbox.

The Annagh Meadows Pillbox is on the main Tandragee Road, next to a housing estate. Pillboxes are concrete dug-in guard posts, normally equipped with loopholes through which to fire weapons. This World War Two pillbox is a great example of the many pillboxes scattered all over Northern Ireland in order to repel a German attack from the South. If you want to learn more about pillboxes in the UK check out www.pillboxesuk.co.uk

Why Were Pillboxes Necessary in Northern Ireland?

Travelling round the country you will come across quite a few old pillboxes if you look closely enough. Northern Ireland was very unique due to the fact it was a completly seperate country than the independant state of Eire. It was seperated via a land border. Things were made more difficult during the war when Ireland (Eire) announced its neutrality. The Allies were fearful of an attempted German invasion through the South. If this happened they had to make allowances to move into the South and engage the attacking force in order to stop them entering Northern Ireland.

Defences were set up along the main rivers and canals – The River Bann, Newry Canal, Carnlough Bay, Lough Neagh, between Larne and Antrim, Portadown and Drundrum, Lough Neagh and Ardmillan and the River Lagan and Holywood. There were also defensives lines around Belfast from Green Island to Bangor, and there were two additional defences on the Ards Peninsula.

The beaches of Northern Ireland were also well defended, especially Magilligan, Portrush and Portstewart. There were also twenty seven garrison towns throughout the Second World War. Most were located east of the Coleraine to Newry line with just a few situated in the east.

Another thing unique to Northern Ireland during the Second World War were border posts. These were set up in order to control any refugees from Eire if the Germans did invade. They also were ideal to help keep roads clear of traffic in order to allow troops to move South.

This project was launched by The Council for British Archeaology in 1995 and is currently being carried out by the Department of Environment with help from Queens University Belfast, Living Legacies and the Home Front Legacy. The Defence Heritage Project aims to identify all defensive sites throughout Northern Ireland and record the many aspects of our defence heritage.

Northern Ireland’s defence heritage represents a significant cultural legacy. There are many 20th-century defensive structures dotted around the countryside and coast of Northern Ireland. These include training trenches, gun and searchlight emplacements, pillboxes, observation posts, airfields, harbours, naval and flying boat bases, air raid shelters, and many other related structures. The majority of these are derelict, some have been reused or altered, and others are in a state of decay or have been demolished.

The defence heritgae map allows you to view all the locations of built heritage sites from the DOE based on mapping provided by Ordanace Survey, NI. Please follow the link to view this map : Map finder for the Defence Heritage Project