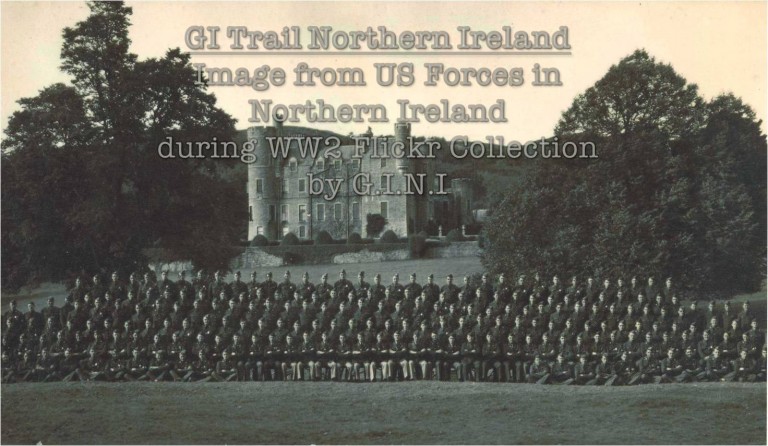 Castlewellan is only 10 minutes away from Clough and boasts a beautiful forest park and Castlewellan Castle which was home to US troops, the first of whom arrived here in May 1942.

This forest park also has great bike trails around the picturesque lake and make sure you do The Peace Maze before you leave – but dont get lost for too long as there is a small memorial stone in the Upper Square of the town dedicated to the US 141st Armoured Signal Company.

Please visit Discover NI to find out all the activities on offer in and around Castlewellan.

Castlewellan and The GIs

From 1942, the US 1st Armored Division began arriving bringing around 15,000 personnel, along with elements of the 5th Infantry Division in October 1943. Castlewellan Castle was the Headquarters of the 1st Armored Division, who were also known as the Old Ironsides. The division is one of the oldest and most prestigious divisions in the United States Army.

The 1st Armored Division was under the command of Major General Orlando Ward. They had sailed from New York on the Queen Mary on 10th May, and arrived in County Down, via Greenock and Belfast, a short time later. Even though their HQ was at Castlewellan Casle, they were spread throughout County Down with camps at Ardglass, Ballykinler, Ballywillwill, Crossgar, Downpatrick, Dundrum, Kilkeel, Killyleagh, Killough, Mount Panther, Newcastle and Seaforde.

Over the weeks following their arrival, their tanks, jeeps and half-tracks were scattered all over County Down as they prepared for combat. 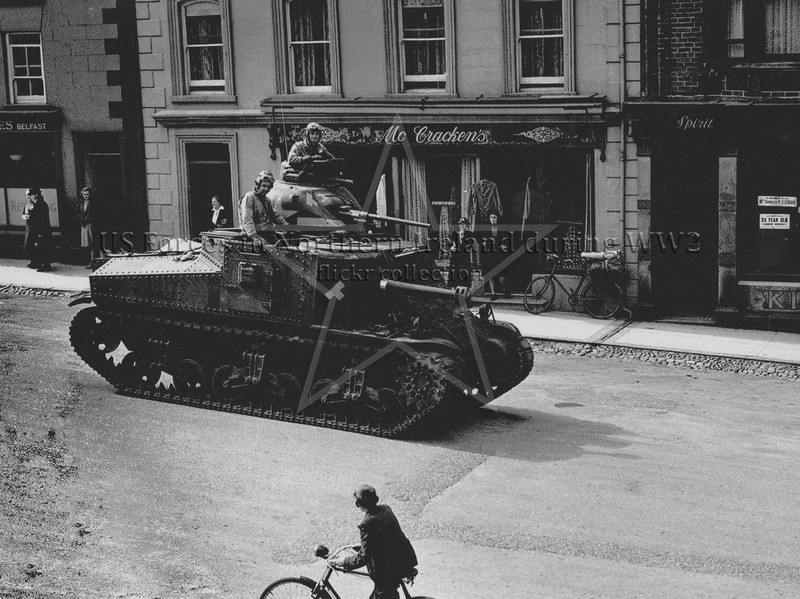 A small group of those soldiers made the journey to Northern Ireland again in 2005, returning to County Down to see the places where they had been billeted 63 years before. They were welcomed at Belfast’s City Hall and spent a day in the Ulster Folk & Transport Museum.

The men that returned were: Their week of visits ended with a spectacular VE celebration in Ballynahinch, where the Old Ironsides paraded through the streets in American military vehicles. Laurel Anderson (front) and Robert Dowell on patrol once again

This was an emotional visit for the veterans. Most of them hadn’t been back to Northern Ireland since they left in 1942. The GIs talked enthusiastically about the beauty of Northern Ireland and the wonderful welcome they’d had both in 1942 and now again in 2005. “Way back then people were kinda curious about us guys and I guess we were curious about them too.”

To find out more about their visit please follow this link : http://www.bbc.co.uk/northernireland/yourplaceandmine/

To find out more about the Old Ironsides please follow this link : http://www.globalsecurity.org/military/agency/army/