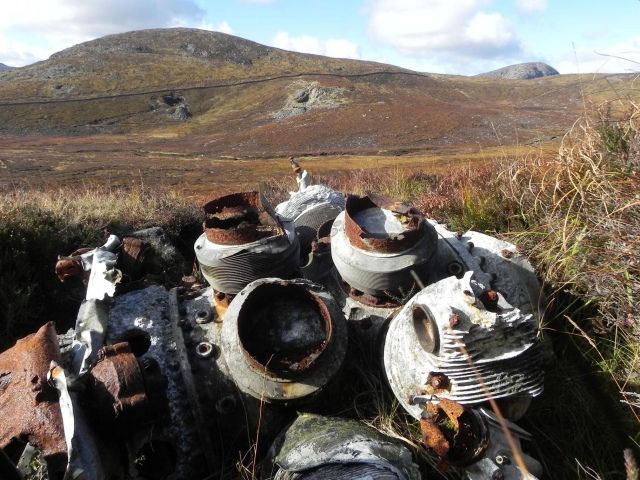 Chimney Rock Mountain is a fantastic place to visit for those avid walkers! You can leave from the Bloody Bridge which is about a 5-10 minute drive outside Newcastle. Head for the south-western side of the summit where you can see what little remains of a B26 Martin Marauder. This plane crashed in thick fog on 10th April 1944 killing all 5 of the US personnel on board. The oldest member of the crew that died in this accident was only 26 years of age.

The grid reference for the crash is 365.255.  IMPORTANT: Please plan your journey carefully as the weather is very changeable and make sure you have suitable navigational tools and clothing.

Please follow this link to visit an excellent website on the Chimney Rock crash with detailed information on the accident, the men who died, the plane and other related events…

USAAF training activities in Northern Ireland were under the control of the 8th Air Force Composite Command, based at Kircassock House, Magherlin, Co. Down. The organisation created specifically for training purposes was known as a Combat Crew Replacement Centre group. No. 3 CCRC was based at Toome. 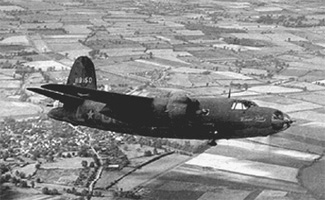 The B26 ‘Winnie Dee’ which crashed on Chimney Rock.

Weather on that day was described as visibility four miles, Stratus clouds at one thousand feet, overcast with breaks, reported haze.

At approximately 15.30 hrs the flight was circling over the Irish sea, approximately two to three miles east of Kilkeel in an attempt to get over a cloud bank building up on the Mourne Mountains. 2nd Lt Osborne’s plane was out of position and approximately 1200 and 1500 ft behind and 400 ft below the other two aircraft when it disappeared into a cloud bank never to be seen again.

Lt. Newman made two attempts to contact Lt. Osborne but found that radio contact had been lost.

The crew was listed as missing until members of the American 5th Infantry Division on a routine hike in the Mournes discovered the wreckage. Official confirmation of the accident reached the 364th Service Squadron on the 15th April 1944. 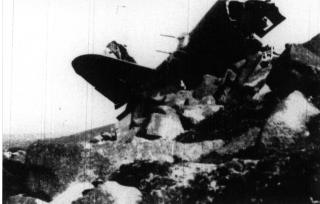 Wreckage of the B26 on Chimney Rock

A report on the accident dated 21/4/44 by Major George Commenator concluded that 2nd Lt. Osborne “Made an error in technique by permitting himself to get too far out of position in formation and that the pilot made an error in judgement by flying into clouds in a known mountainous area.” No reason was offered to explain why Howell Osborne’s plane was having difficulty keeping up with the formation. The fact that the plane he was flying had been retired from frontline service because it was “War Weary” may have been a contributing factor.

The crew were as follows. Please follow the links on their names to find out more about the men who died:

After all five casualties remains were recovered by the US Army Graves Registration they would have been taken to Wilton’s Funeral Home, 255 Crumlin Road, Belfast.

After the funerals, they were then buried with full military honours at Lisnabreeny American Military Cemetery, Rocky Road, Castlereagh, Belfast.

They remained there until the cemetery was decommissioned in 1948. Then they were exhumed and either repatriated to the Unitied States or reburied in the American War Cemetery in Cambridge, England. 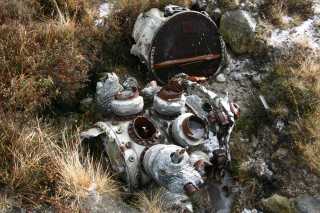 Remains of the engine