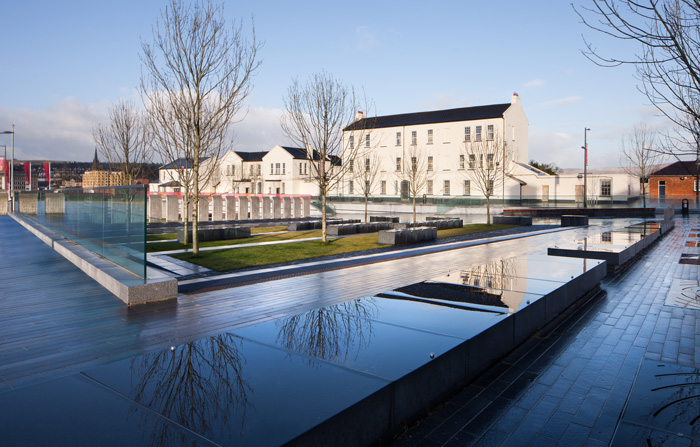 Derry City has several standing reminders of the US presence during the war years, including a statue dedicated to the sailors of the Second World War at Ebrington Sqaure. 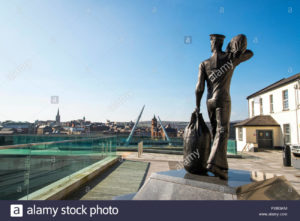 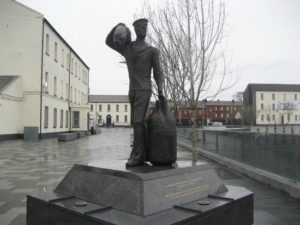 The city and its harbours became a major hive of activity during the Second World War when the US Naval Operating Base (Base One) was officially commissioned on 5 February 1942.  Derry was the first US Navy establishment in Europe and continued in operation until July 1944. The US Naval HQ was established in Talbot House in the grounds of Magee College. At the conclusion of the war the quayside at Lisahally hosted the surrender of German U-boats. Eight submarines were surrendered on 14 May 1945 to Admiral Sir Maxwell Horton, Commander-in-Chief of the Western Approaches with the Prime Minister of Northern Ireland, Sir Basil Brooke in attendance. During the following winter, twenty eight U-boats were towed out into the Atlantic and scuttled. Historians would argue that Londonderry was the key to victory during the Battle of the Atlantic. 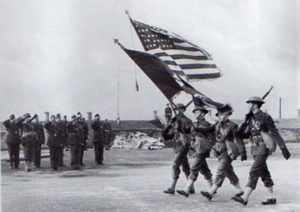 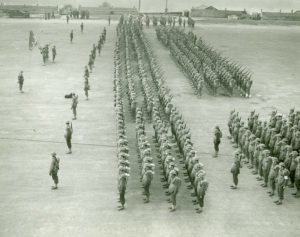