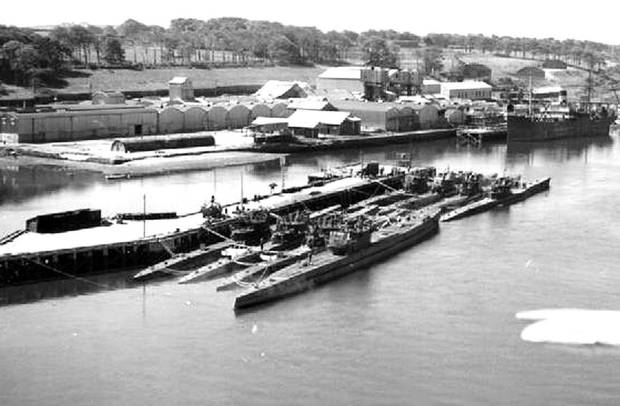 Lisahally Port was a key location during the Second World War and there is a plaque to mark this which you can view while you are exploring the city (now the Foyle Port). 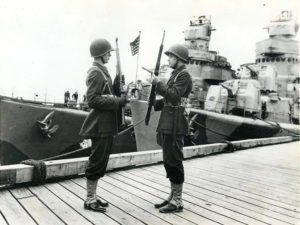 At the conclusion of the war the quayside at Lisahally hosted the surrender of German U-boats. Eight submarines were surrendered on 14 May 1945 to Admiral Sir Maxwell Horton, Commander-in-Chief of the Western Approaches with the Prime Minister of Northern Ireland, Sir Basil Brooke in attendance. During the following winter, twenty eight U-boats were towed out from here into the Atlantic and scuttled. Historians would argue that Londonderry was the key to victory during the Battle of the Atlantic. 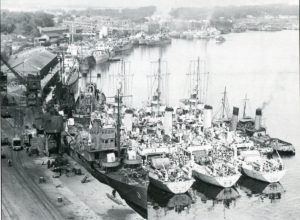 Warships of the Allied Nations at Londonderry, including the US Navy 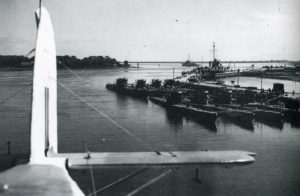 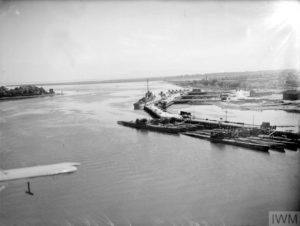