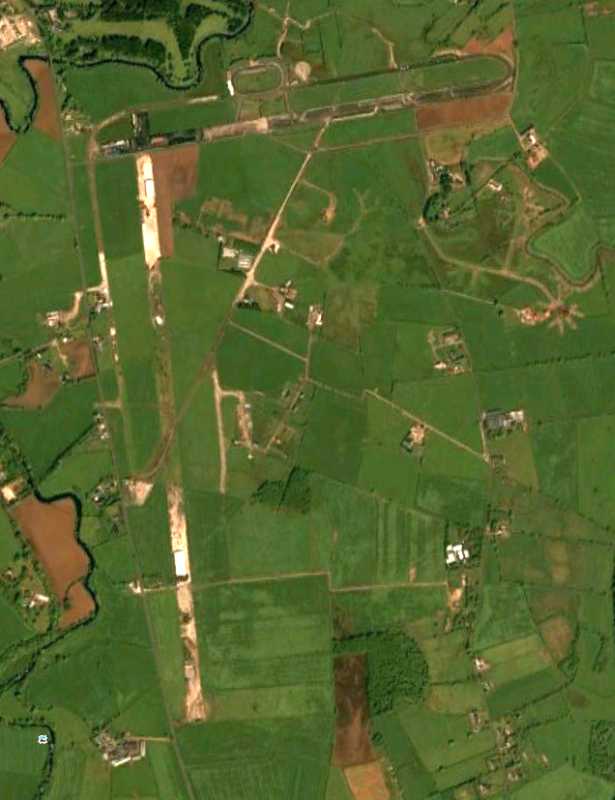 Mullaghmore airfield was an RAF base but was also known to the Americans as USAAF Station 240. It was also known locally as Aghadowey Aerodrome, 65 kilometers northwest of Belfast.
The airfield was officially opened in August 1942. The US 8th Air Force Composite Command used it as a base from December 1943 until May 1944 when it was handed over to the RAF. The Americans first stationed 6 Replacement and Training Squadron at the airfield (Dec 1943 – Feb 1944). They then used it to store USAAF aircraft until May 1944.

From September 1944 the RAF used it to carry out anti-U-boat sorties close to the coast because it was believed that some enemy submarines appeared to have shifted their area of operations from deeper waters.

The airfield was put on care and maintenance in May 1945. It was sold off a year later.

Information and photo from forgottenairfields.com