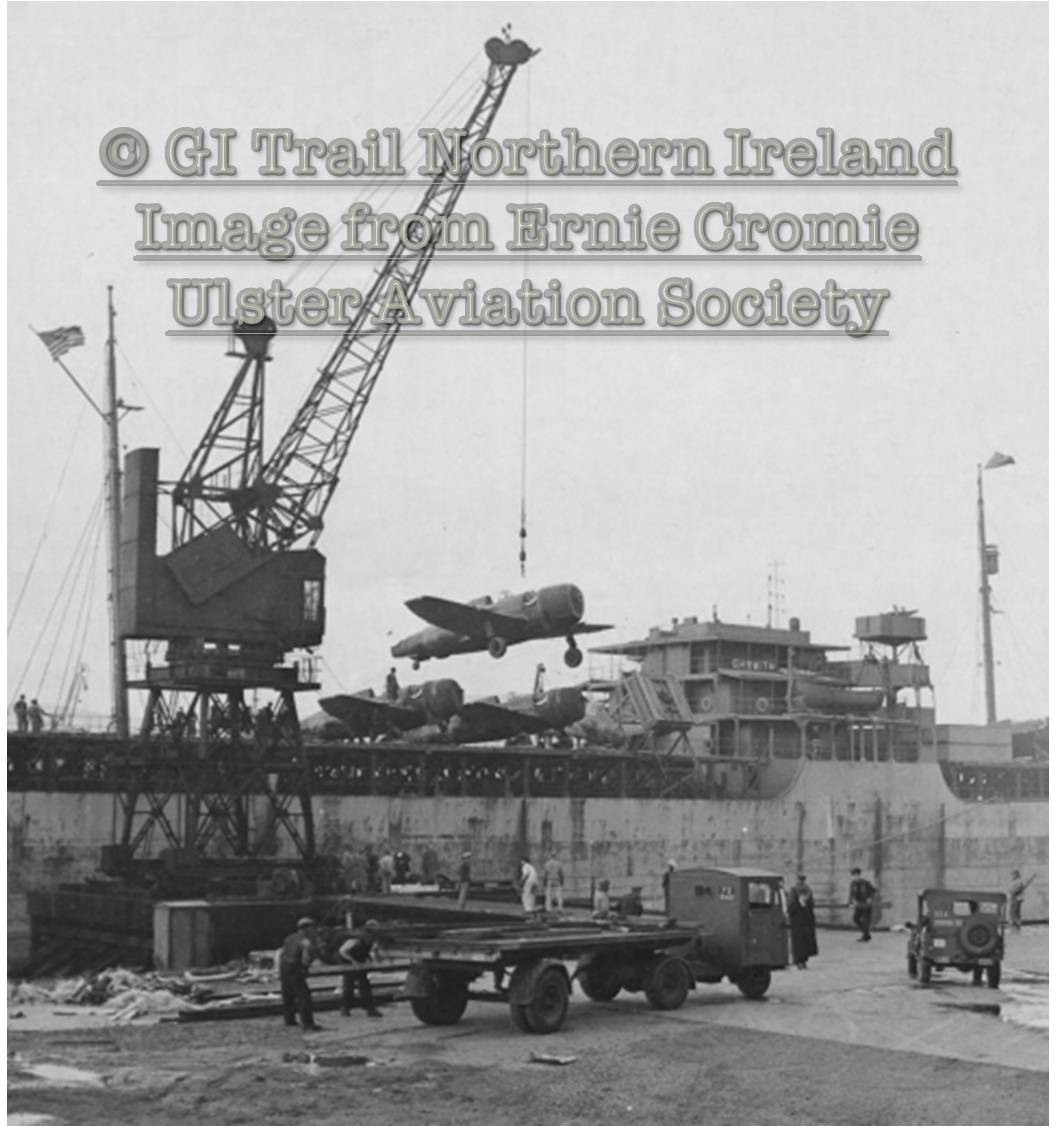 Sydenham Airport, now the George Best Belfast City Airport was initially an RAF airfield, then a Royal Navy airfield but was also the first point of contact for hundreds of USAAF fighter aircraft which were shipped as deck cargo across the Atlantic.

The three main types of fighter aircraft that were shipped to Belfast for unloading were P-38 Lightnings, P-47 Thunderbolts and P-51 Mustangs. The Lightnings were offloaded on the Co. Antrim side of the harbour at Pollock Dock, enabling them to be towed to Langford Lodge by road. 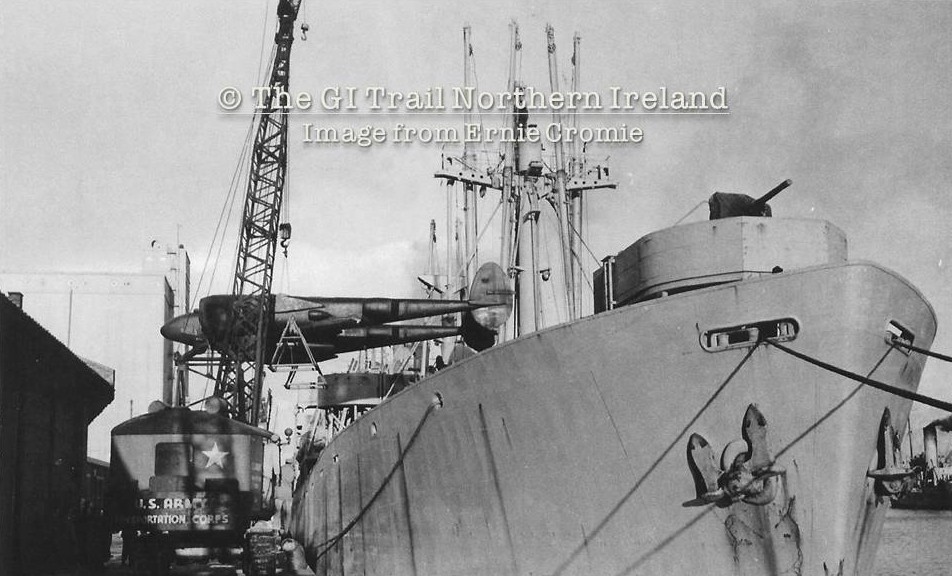 A Lightning being offloaded at Sydenham

The Mustangs and Thunderbolts were offloaded on the Co. Down side, at the deep water berth adjoining the airfield. 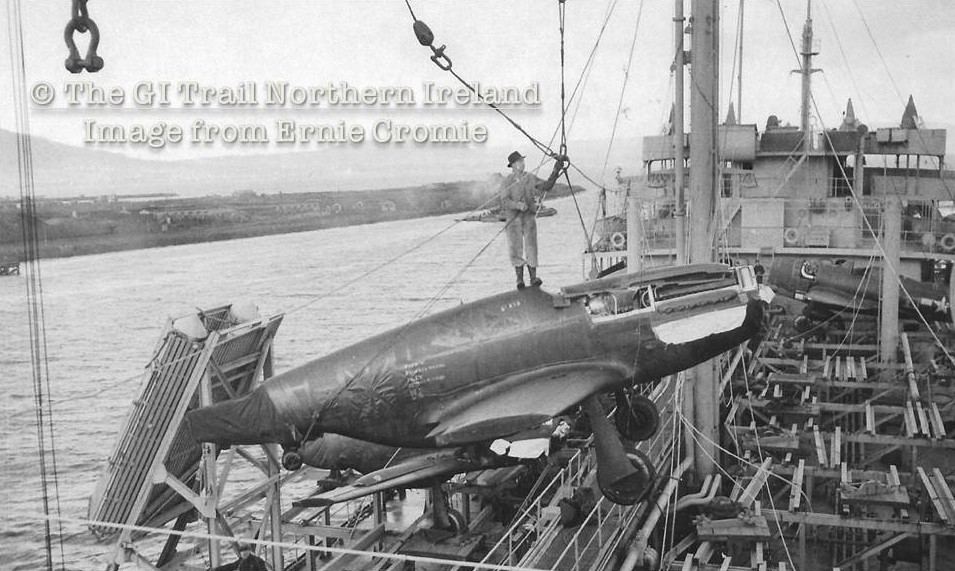 A Mustang being offloaded at Sydenham

In the Mustang picture above (with a Thunderbolt on deck to the rear), the hills in the background are those on the Co. Antrim side of the lough.

In the background of the Thunderbolt picture below you can see the Short & Harland aircraft factory (to the right, beyond the crane) and some of the hangars on Sydenham Airfield (to the left).  The aircraft carrier from which the aircraft is being offloaded is tied up at the deep water berth in the Musgrave Channel. 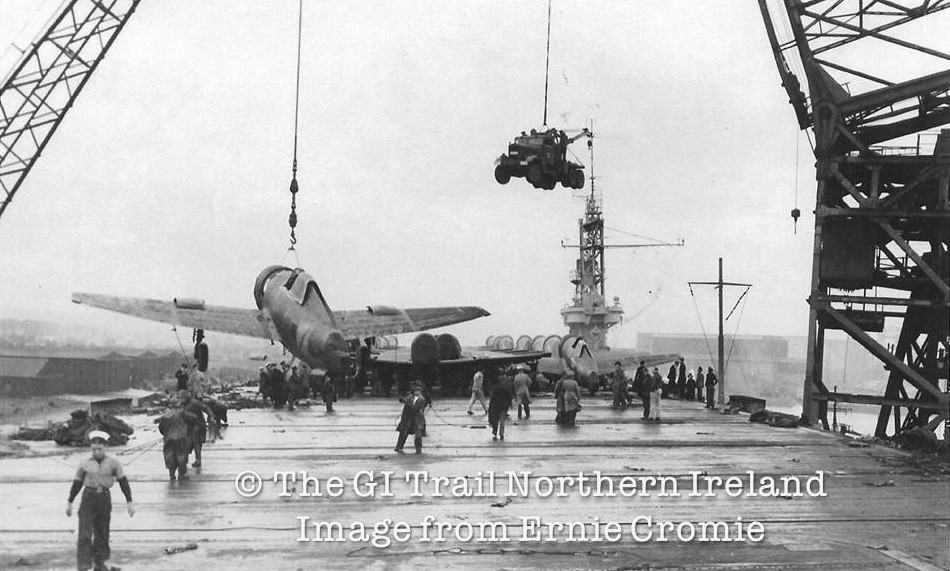 A Thunderbolt being offloaded at Sydenham

The aircraft were shipped on cargo vessels, lashed to the decks, and also brought over on aircraft carriers.  Around 1000 fighter aircraft were brought over by this means. They were all unloaded by the company G Heyn & Sons on behalf of the Lockheed Overseas Coperation personnel who were detatched from Langford Lodge when needed.

If you are at this airport keep an eye out for a small memorial dedicated to the Royal Navy pilots. It is situated along the covered walkway between the main airport terminal and car park. 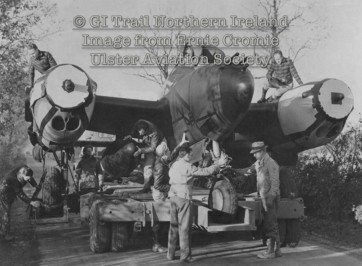 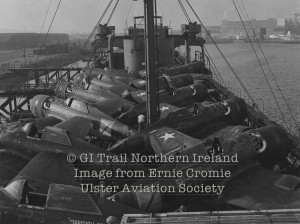 Left: A Lightning being transferred via road to Langford Lodge. Right: Planes on a tanker at Sydenham.