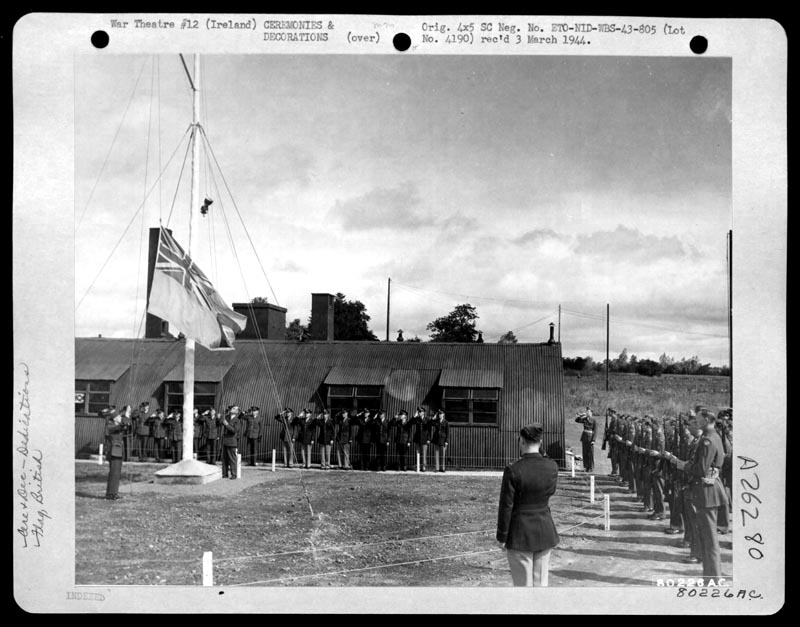 Toome was an airfield controlled by the USAAF and was used as a Combat Crew Replacement Centre. 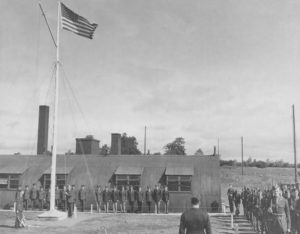 RAF to USAAF handover ceremony of Toome on 26th July 1943

Plans were originally made to make Northern Ireland the main centre of aircrew training in the UK, but the scheme did not develop as extensively as hoped, and was restricted to the training of bomber crews. These bomber crews were trained at what was known as Combat Crew Replacment Centre Groups. There were a total of four activated on paper in N Ireland, the first to become operational was Toome. CCRCs were also activated at Cluntoe, Greencastle and Mullaghmore. 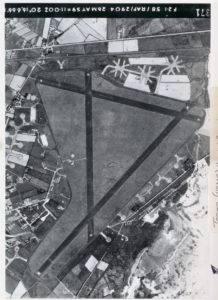 Training began here in September 1943 when the Third CCRC began to use B-26 Marauders and A-20 Havocs. August 1944 was Toome’s busiest month with an output of 158 medium bomber crews. Training consisted of giving troops a refresher or top up course to complement training they had already received in the States. These courses usually lasted 2-3 weeks and covered many subjects such as navigation, bombing, gunnery, radio, tactics, airmanship and flying etc.

You can drive around the site of the old Toome airfield and see some of the remaining buildings. 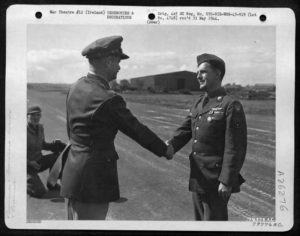 Lt. Colonel RW Crisp presents the Air Medal to Staff Sergeant George B Boyte, a gunner on a B24 Liberator, from Lewiston Idaho 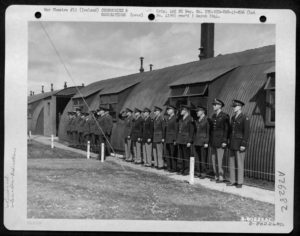 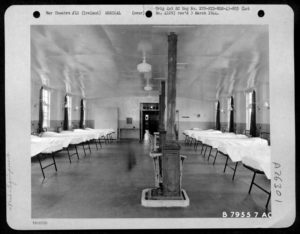 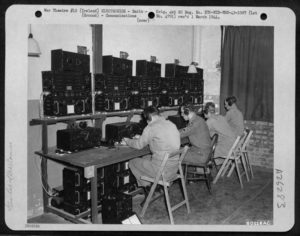 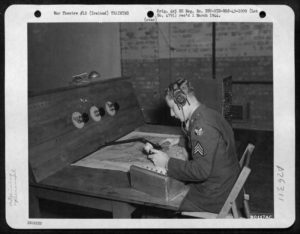