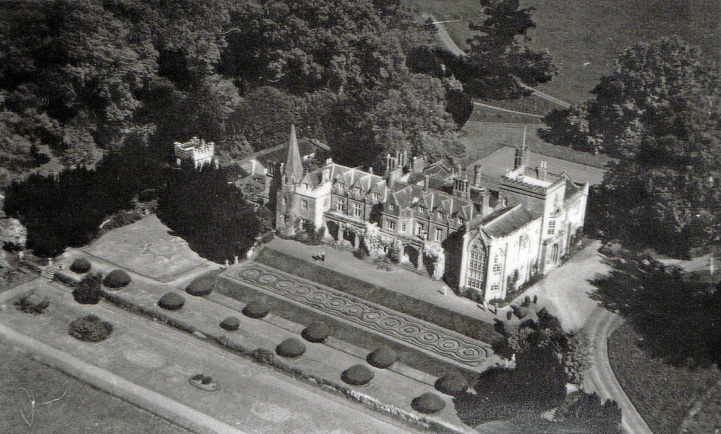 Above photo shows Tynan Abbey in all its former glory. This photo is from caledonww2.com

* This site is not generally open to the public *

Tynan Abbey was a large neo-gothic-romantic country house built circa 1750, situated outside the village of Tynan. It was home to the Stronge family until 1981, when it was bombed. The ruins of this once grand house were finally demolished in 1998, having stood for 249 years. During the Second World War the US Army took up residence in this house in the 1940s, leaving the remains of nissen huts and american quonset huts. The Belgian army also were housed here for a time. 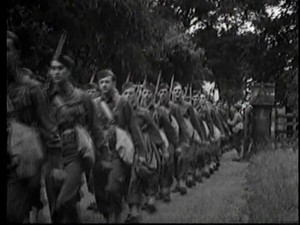 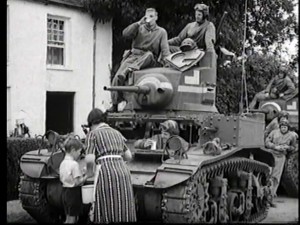 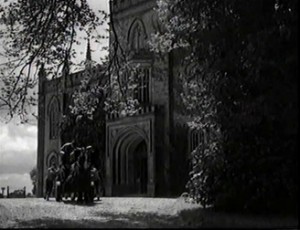 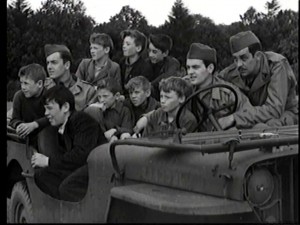 The above photo is from caledonww2.com. It shows school children sitting in a Willys Jeep with US personnel. Davy Fitzsimons believes their names are as follows : Jackie Gillispie, Edmond O’Conner, Samuel Houston, Tom Paul Hegerty, Leo Devlin. There are also two boys who are evacuees. He believes their names were Robert & Jack Magee. 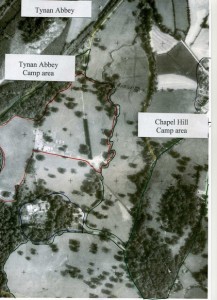 This overview above shows the whole camp including the Chapel Hill area at Caledon. The green boundary line takes in the whole camp area including the Chapel Hill camp area. The red boundary takes in the camp living area were the nissen huts were and the open field to the left of the gun yard was used as a sports area, i.e. baseball. The blue boundary line is Tynan Abbey itself where Sir Norman Strong lived and also officers of the visiting units during WW2. Image from caledonww2.com 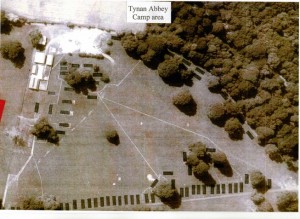 An amazing collection of photos and history from Tynan Abbey and Caledon can be found by following this link to the caledonww2 website… This website was compiled by Davy Fitzsimons.

More information on what you can find at Tynan Abbey can be found at ww2ni.webs.com